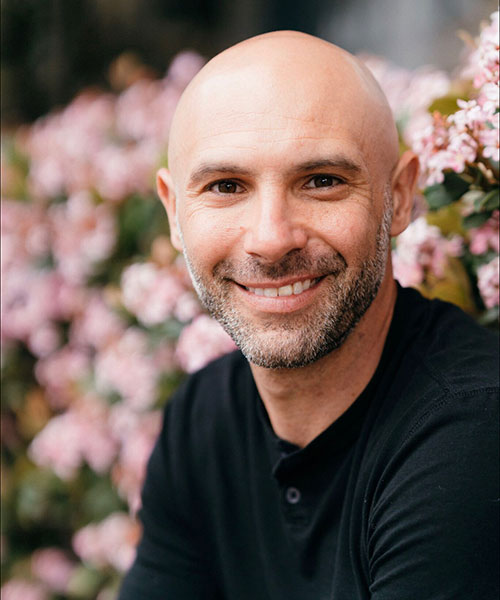 Jon Coyle was born and raised in New York. He began playing piano at the age of 5 by imitating his favorite babysitter. His mom began him on piano lessons but he was always more interested in playing by ear and making up his own songs.

Jon recalls knowing he could sing but being extremely shy about his “high” singing voice. To get over this shyness, on a whim he auditioned for the high school musical and got a lead role. That experience not only uncovered Jon’s love of performing on stage but taught him how rewarding it was to be part of a team.

After graduating from Ithaca college, he moved to San Diego following his dreams of becoming a professional musician and joined the Shout House team in 2008.

Being on stage at the Shout House makes Jon come alive. He is constantly coming up with new material (some good, some bad) and bringing magic and joy to those around him. When he is not performing, Jon can be found playing tennis, in the yoga studio, or at dog beach. 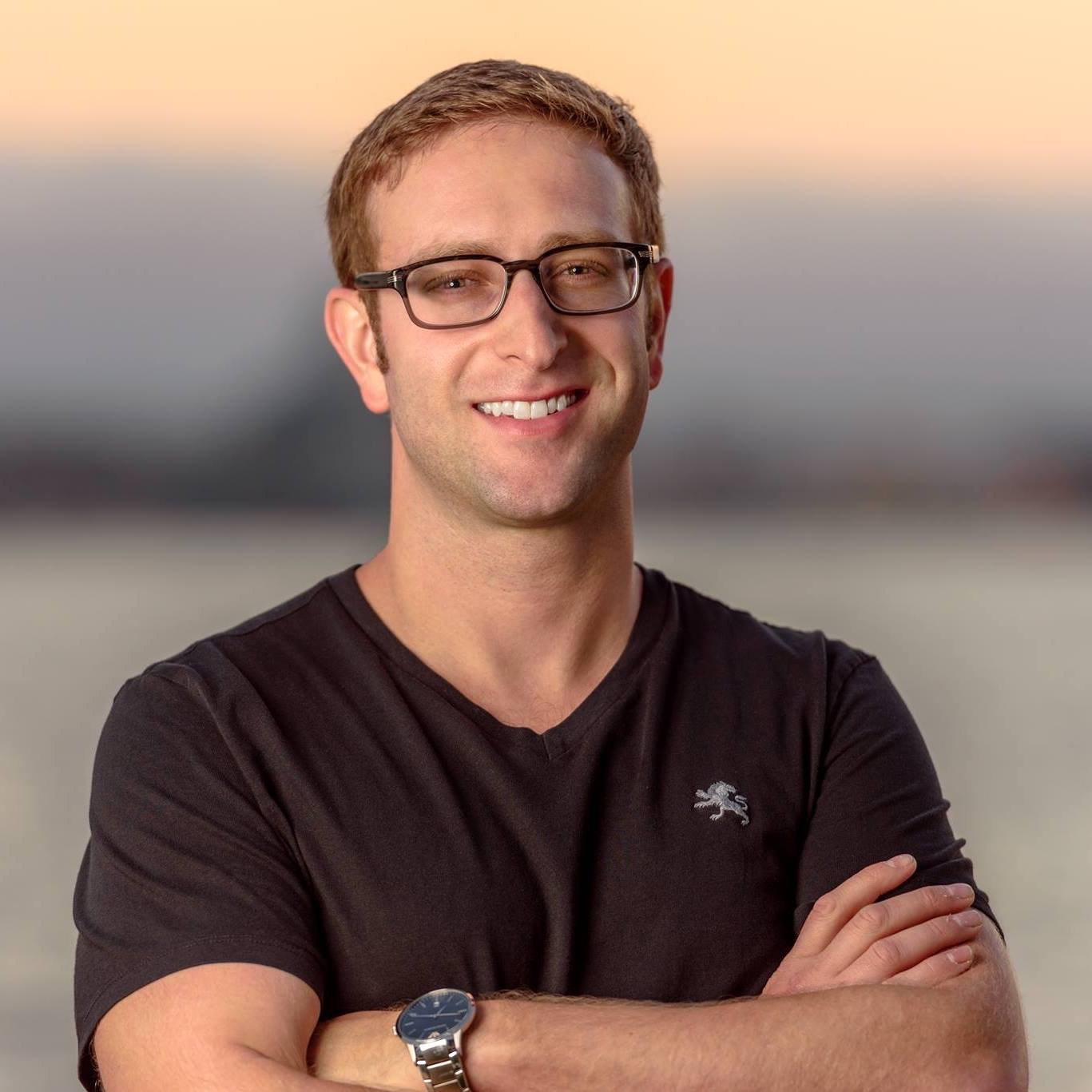 Eric Blumenfeld hails from Chicago where he started piano lessons at the age of 4. He attended The University of Denver earning a Bachelor of Music in Jazz Studies and Commercial Music. While attending DU he formed the Colorado based rock band Kinetix and went on to record three full length studio albums, open for acts like Blues Traveler, Earth Wind and Fire, and play prestigious venues like Red Rocks Amphitheater.  Eric has been on the Shout! House piano staff since 2016 and still hasn’t learned how to surf.  He misses Chicago style deep dish pizza and sweater weather, but does not miss driving on the snow and ice.  Outside of music Eric enjoys hobbies such as eating and sleeping.  Eric likes to party, ask him about his wiener dogs. 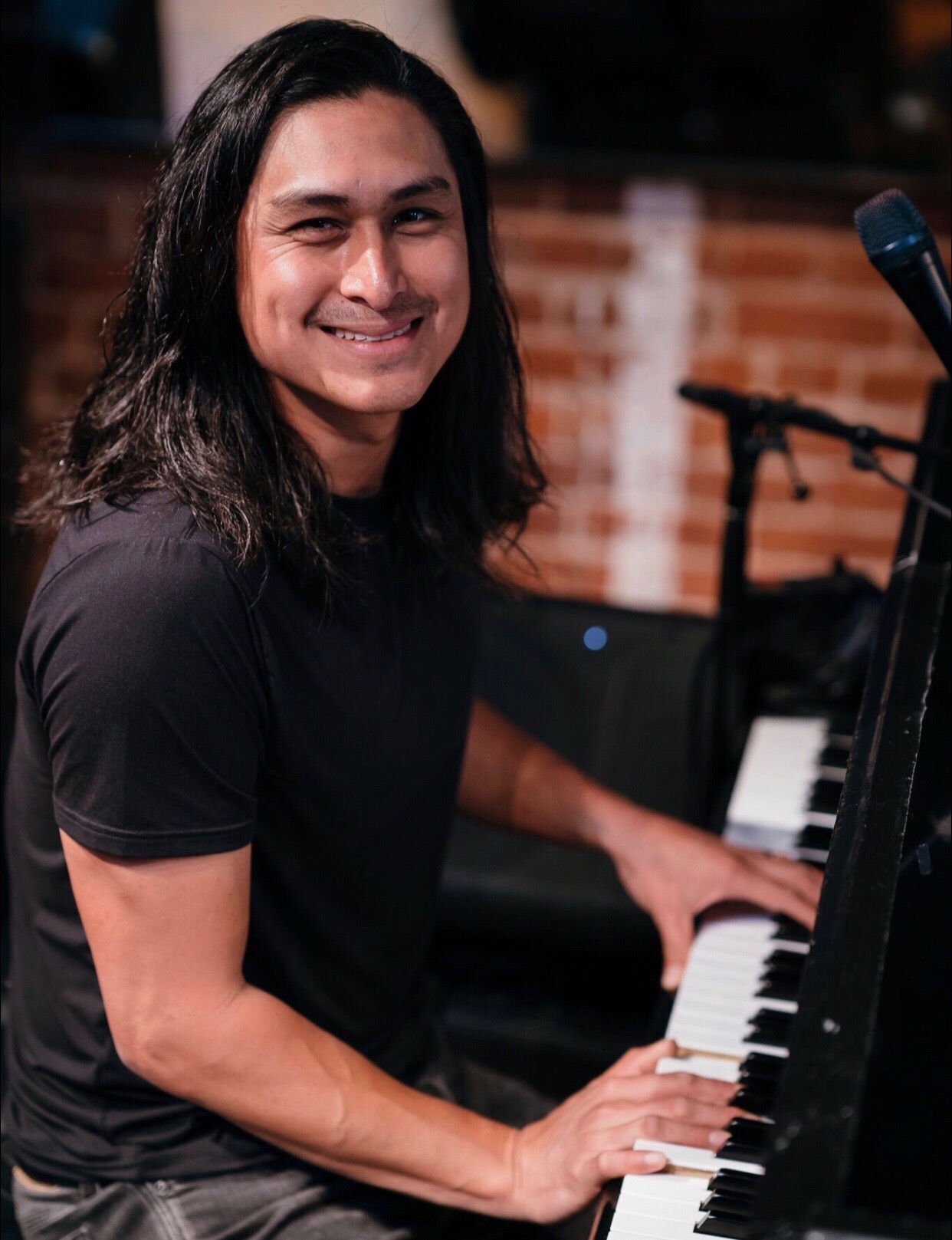 James Martinez is homegrown here in North County San Diego. At the tender age of 3, his grandmother taught him to play by ear until he began formal lessons at age 5. Raised on Rock N’ Roll and given classical training, James went on to get his BA in Music at Cal Poly San Luis Obispo. During college, he played with rock band, Hot Beef Injection (don’t Google it). With his diverse background, James also simultaneously played with the college orchestras and symphonies. He says, “Playing at The Shout! House gives me an overwhelming sense of satisfaction. Watching a crowd unify through song… and beer is a very powerful thing to be a part of.” He is also an avid outdoorsman, spending lots of his time saltwater fishing. So if he ain’t at the piano bar, he’s probably gone fishin’. 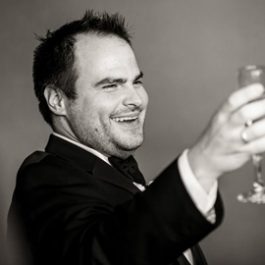 Dave Puszykowski is hailing from Saginaw, Michigan, and has been electrifying audiences with his dumb face all over the world. With extended performance residences in Denver, Miami, Chicago, and the Netherlands, and tens of shows under his belt, he is excited to call San Diego home, among the best sing-a-long pianists in the country. An accomplished vocalist and pianist, David brings wit and a vast repertoire of crowd pleasing songs to the stage. As a veteran comedy writer, David is proud to perform at The Shout! House and eager to stop writing about himself in the third person. 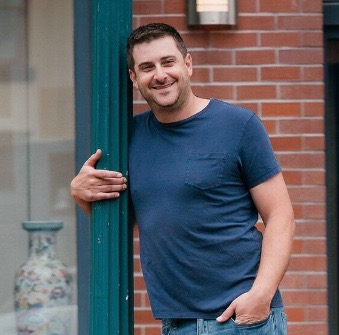 Jeff started piano at age four. By 10, having picked up the pipe organ, he was playing church services, weddings, and also competing in regional piano competitions. At the same time, he performed regularly on stage in community theater productions. A classically trained pianist and piano performance major at Michigan State University with orchestral conducting aspirations, he has experience with and interest in film scoring, composing, arranging and conducting. While at Michigan State Jeff did much performing and arranging with The Spartan Dischords, MSU’s renowned a cappella group. Jeff would like to thank his mom and dad for all of their love and support and also for never letting him go outside during the summer to play with his friends, making him sit in front of the piano all day to practice. Love you guys!! 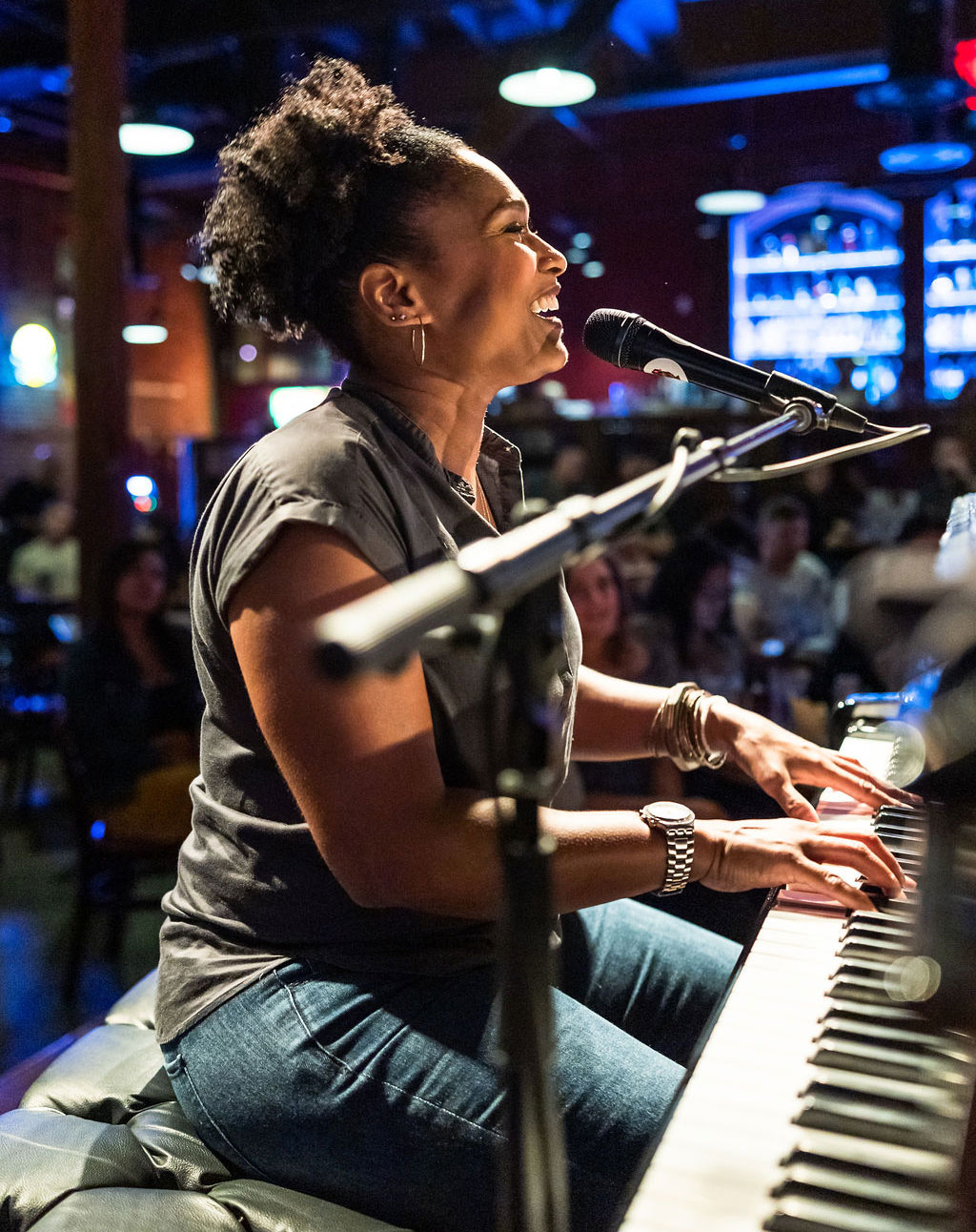 Martha Boles was born a small black child in Okinawa, Japan, and is now a full grown black woman. She received her MFA in Acting from the A.R.T./MXAT Institute for Advanced Theater Training at Harvard University. You can find her on episodes of Grey’s Anatomy, Criminal Minds, and ABC’s The Kids Are Alright. In addition to dueling pianos and acting, she has done quite a bit of improv and stand-up comedy. (If you laugh while she’s on stage, now you know why. She’s a pro, don’t try it at home) You can check out her reel at www.marthaboles.com 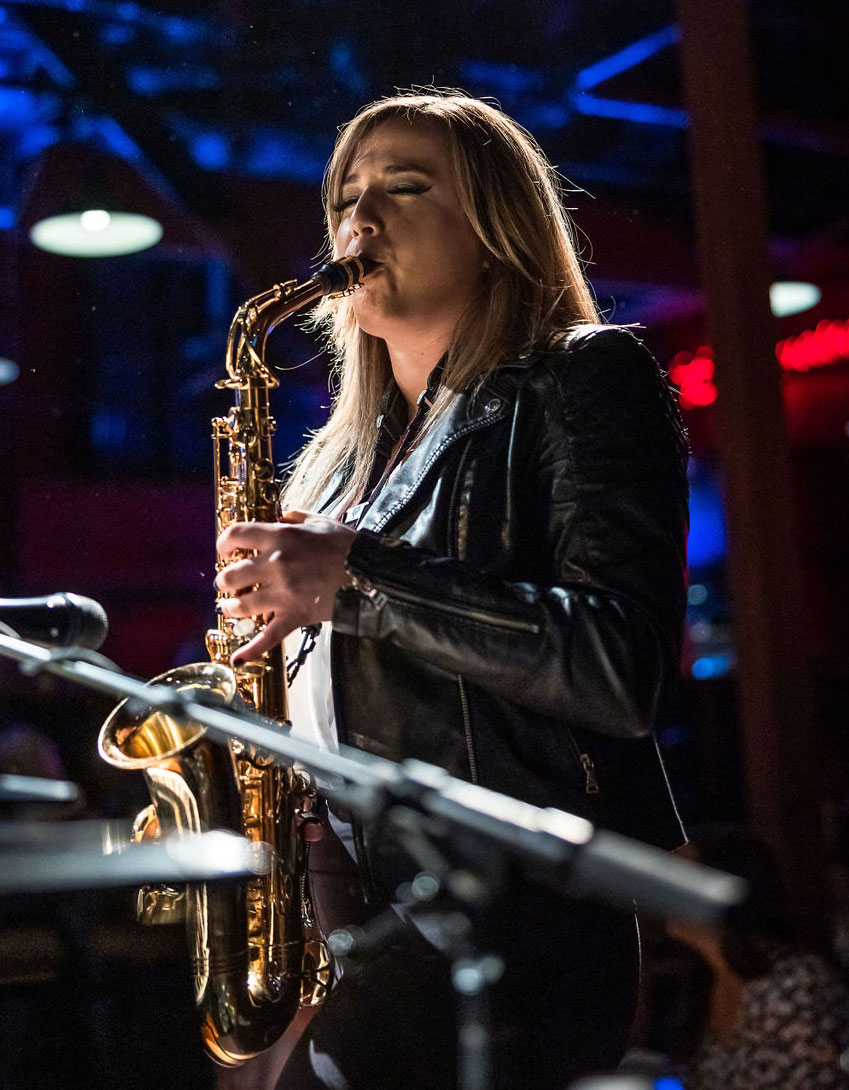 Courtney Casner was just a small town girl living in a lonely world but she took the midnight train to San Diego and couldn’t be more excited to be performing at The Shout! House. Born and raised in Cheyenne Wyoming, she first realized she was a musician at age 3 when she figured out how to ruin all of her parents cassette tapes by recording herself singing with a children’s Fisher-Price tape recorder. She’s upgraded to adult audio production toys since then. Growing up in the least populated state in the country, Courtney entertained herself by learning multiple instruments, writing songs and posting music videos online. She started piano at age 4 and eventually picked up clarinet, saxophone and drums which lead her to becoming Drum Major for her high school and All-State marching bands. This band geek will gladly play you careless whispers on saxophone in exchange for tequila, and even though she might be the youngest player on stage don’t let that fool you, she’s a sucker for 70s and 80s yacht rock requests. You can see more of her music on Instagram @courtneylynmusic 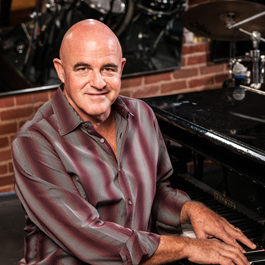 Tom Bagley has lived all over the world including Africa, Iowa, Missouri, Colorado, Maryland and California. He started his first band at the tender age of thirteen and later in life honed those skills and became a band leader for Disney for over twenty years. Tom’s musical inspiration is across the board from classic rock to African Pachanga. Being the family man that he is, if you are thinking about buying him a drink, make sure it is double water on the rocks. 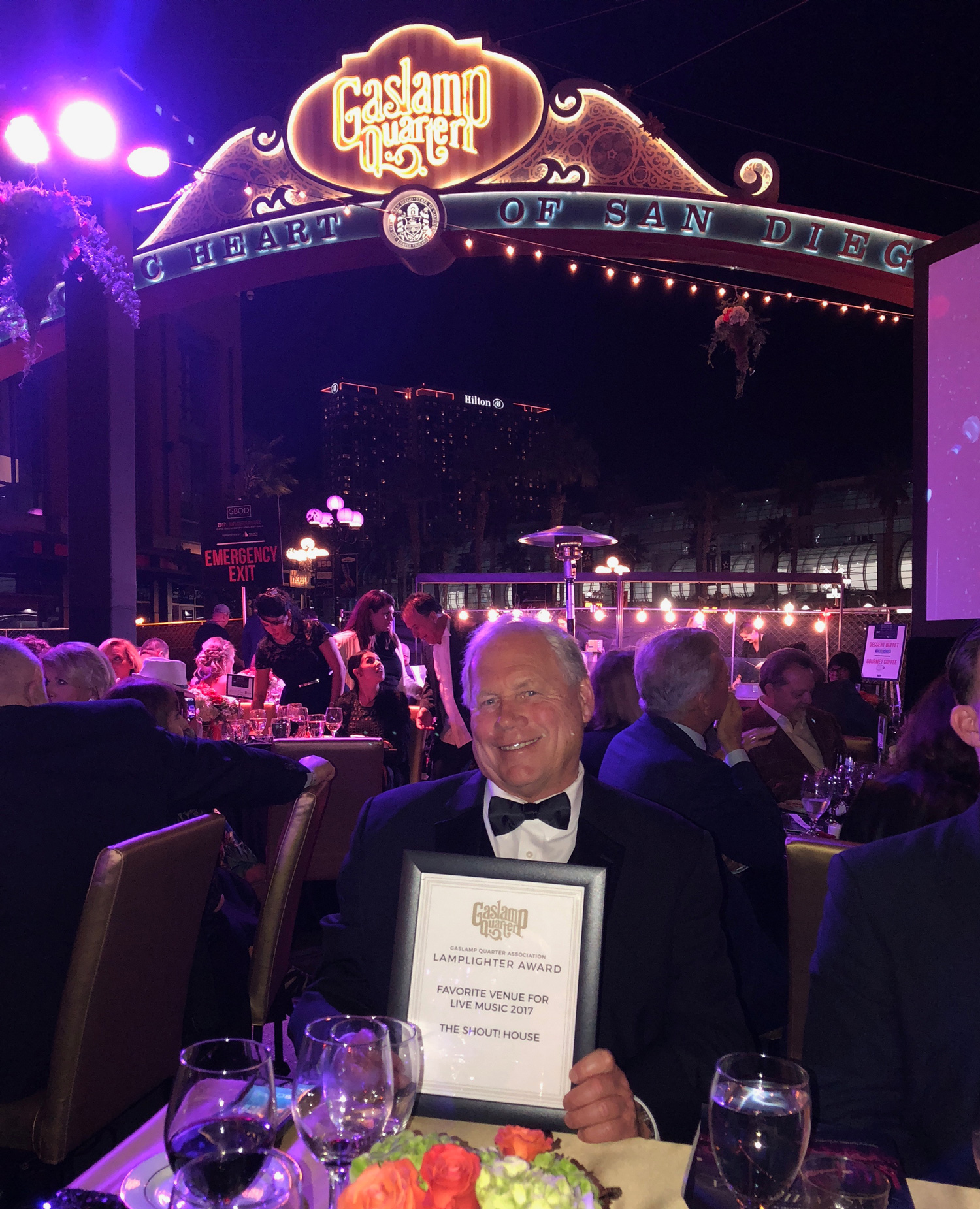 Bob Walin has had a long career in theatrical business, live entertainment, and the restaurant industry. After visiting the Alley Cats Dueling Pianos in Dallas, Texas he decided to develop the first dueling piano club in Minneapolis. Bob worked for Rock Bottom Restaurants as Director of Entertainment for 12 years, designing and developing Sing Sing Dueling Pianos in Denver, Irvine, Pittsburgh and San Diego. He created and opened The Shout! House San Diego, along with his partners, Kevin Clover and Roger Hunt, taking over the Sing Sing location on March 24th, 2004.   He later developed The Shout! House in Minneapolis and Glendale, AZ.   He designed and created Garage Kitchen + Bar next to The Shout! House which opened on December 12th, 2014.  The photo above was taken on November 7th, 2017 when  The Shout! House won the Gaslamp Quarter Associations award for “Favorite Music Venue for Live Music 2017”.  Bob accepted the award on behalf of every single hardworking staff member for making The Shout! House “ The Happiest Place in San Diego”.